What are the Odds of Spinning in Five Scatter Symbols? 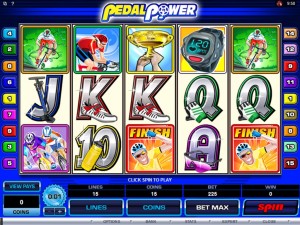 There may come a time when you are playing any online video slot games when you get a scatter symbol spinning in on reel one, then on reel two along with reel three, when that happens sometimes you get the impression everything around you goes into slow motion and then on reels four and five another scatter symbol appears.

The actual odds of you spinning in a set of all five scatter symbols when playing a five reel video slot does of course vary depending on a couple of unique factors, the first being just how long the reel strips are and also how many scatter symbols are actually on each reel.

Below we are going to introduce you to a range of online slot games and we will give you an overview of the odds on you actually spinning in all five of the slots games respective scatter symbols. So if you do decide to give any of the slots named below some play time you will get a good idea of the odds and chances of you getting five of the scatter symbols in view on all five reels.

We know that the CashaPillar slot game does get a lot of attention from players and as such you may be interested to learn what are the chances of you spinning in all five of the scatter symbols on this 100 payline slot game, you are going to see that winning combination of scatter symbols on average once every 214,885 base game spins, so whilst it is not going to spin in as much as for example the three scatter winning pattern you will have a reasonable chance over time of seeing all five scatters dropping into view on one single spin of its reels.

Soccer fans are going to love playing the World Cup Mania slot game which is one of many sport themed slots from Microgaming and this game has got both bonus symbols and scatter symbols, the scatter symbols will, when three of them at least spin into view, award a free spins feature round and the odds of you managing to get all five of those symbols ending up in view on this slot games screen at the end of any single spin is once every 150,440 spins.

A set of free spins will await you when playing the Twister slot game online when you spin in three or more scatter symbols in view, the odds on you getting three of those symbols in view are obviously much better than spinning in five of the scatter symbols, but when playing this slot with any number of paylines live and in play you will on average see a scatter dropping in one all five reels in the same spin once every 73,543 spins.

There is another slot game offered at Microgaming powered casino sites which has the exact same odds on offer for you to spin in all five of its scatter symbols in the same spin and this slot is the Christmas and Festive themed Ho Ho Ho slot, and as such when playing it you will hopefully see all five scatters appearing on one base or bonus free game spin once every 73,543 spins you end up playing off.

One slot that has quite a number of different scatter and bonus symbols in play on its five video reels and one you may enjoy playing is the What on Earth slot, there is however only one set of those bonus symbols that are attached to all five reels and they are the Red Rocket symbols, and to get all five of them triggering the bonus game you will on average have to end up playing 29,301 base game spins, which when you compare it to all other slots on this guide does offer a reasonable chance of you spinning in all five of them when playing it.

You will be taking something of a risk if you choose to play the Moonshine slot game online for whilst it only takes three or more scatter symbols to trigger the free spins bonus game when you play it, you first have to play a pick to win type of bonus game to find out how many free spins and on what multiplier values they will play off with attached to them.

This often results in players spinning in five scatter symbols getting awarded a much bigger winning payout than they could win by spinning in the base game jackpot symbols on an activated payline!  So it does of course go without saying that when you play any video slot which does boast scatter symbols you will be ideally looking to see all five of them spinning in on one single base game spin!