How many Bonus and Scatter symbols are on Slot Game Reels? 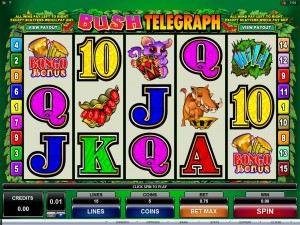 If you love playing slot games online, and you are particularly fond of playing those games on which you can trigger one or even more than one bonus games, and those slot game bonus games are triggered by spinning in a set of bonus symbols or a set of scatter symbols, then you will probably have experienced times when you always seem to get two of those types of symbols spinning in and never seem to get the third one spinning in which allows you to then play off the respective bonus game.

This type of situation is often classed as a “near miss” by slot players, and it can often add another level of excitement to your slot playing, for when you are just one symbol off being able to play off a bonus type feature round or feature games you will often find yourself sitting there willing the one additional symbol to spin in on one of the reels about to stop.

However, sometimes you can have lots of near misses in a short period of time and this can of course be very annoying for slot players, and the more near misses you have the more annoying it can be! With this in mind, today in this slot playing guide we are going to introduce you to a range of online slots and will enlighten you on just how many bonuses and/or scatter symbols can be found on each reel.

Whilst this information will not be in any way beneficial to you, what it will do is to give you a much clear understanding of just how many bonus and scatter symbols are attached to each reel and may explain why some slots tend to trigger their respective bonus game much more often than other slots, or why you always seem to get a lot of near misses when playing certain slot games.

Distribution of Bonus and Scatter Symbols

It can be quite a difficult task finding out just how many reel symbols are found on the reels of many online slot games, however we have been able to find this information out, and for reference you are going to find all of the following slots mentioned below at all online casinos that utilize Microgaming software, and with plenty of them available you will not have to hunt around the web for very long to find a casino sites using their gaming platforms, which include both online and mobile gaming platforms!

The Secret Admirer slot game from Microgaming is quite unusual in as much as to get to play off the bonus game you need to get a scatter symbols appearing on only the first and second reels in any one single base game spin. There are scatters on all of the five reels of this slot with 1 scatter being found on reels one, three, four and five and two scatters in play on reel number two, so if you get a scatter on reel one there may be a good chance of one of the two that are on the second reel may make an appearance.

Another Microgaming slot game which has something on an unusual way of triggering its one and only bonus game is the Harvey’s slot game. You need to spin in on reels two and four both in the same base game spin one of its bonus symbols to be awarded with a random set of free spins on a random multiplier value.

However, just for reference there are only one bonus symbol on both of those two reels. And as such having worked out the chances of you actually triggering the bonus free spins feature round, you should do that on average once every 127 base game spins.

If you are interested in playing a range of online slot games which have a range of different and often quite unique types of bonus games, then we do invite you to have a good look around this website for there are lots of different slot game reviews and slot game playing guides and articles that you are going to find very useful.

One guide that we do know will be of interest to a lot of bonus game awarding slot players is one on which we will enlighten you on how often bonus games are triggered, make sure you check out that particular slot playing guide as it will allow you to locate and then play a range of slots which offer you a much increased chance of trigger their respective bonus games.