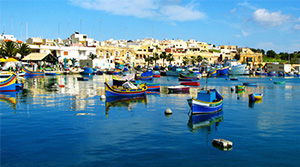 The new Gaming Act was given the green light by the Parliament of Malta back in March.

Following the approval of the new Gaming Act, which was given the green light by the Parliament of Malta back in March, the new piece of legislation has come into effect on August 1.

In addition to the new regulation, the country’s legislature also adopted subsidiary legislation as well as other binding instruments required for a successful implementation of the new regulatory model.

Giving More Power to the MGA

The new supervisory role of the MGA will enable the regulatory body to act more effectively when it comes to compliance and enforcement functions, while at the same time it will be more focused on anti-money-laundering.

Thanks to the new piece of legislation, the MGA will have more freedom when it comes to decision-making and will use a risk-based approach designed to increase the level of consumer protection and those measures aimed at responsible gaming.

This goal should be achieved by introducing new objective-oriented standards.

An Important Moment for the Country

Commenting on the new Gaming Act, Chief Executive Officer of the MGA Heathcliff Farrugia said this was one of the most important days in the history of the MGA and added that years of hard work had finally come to fruition.

He thanked his predecessor Joseph Cuschieri for his work on this project, as well as Silvio Schembri and the Maltese Government for their ongoing support during the whole process.

Cuschieri commended the MGA’s staff for their work in developing and implementing the new regulation.

Under the provisions of the new Gaming Act, the MGA will be able to conduct investigations and participate in gaming activities within the jurisdiction. A Player Support Unit will be established in order to offer its support for problem gamblers or resolve any disputes between operators and their customers.

As Europe’s leading gaming hub, with this new legal framework, Malta will further cement its reputation. Expect effective measures and more social benefit. The impact the new Act will have should be visible in the coming period.