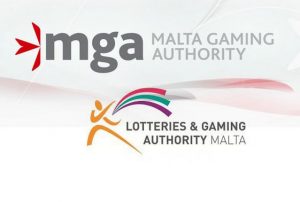 Malta will not back down under pressure from the rest of the European Union in order to protect its coveted online gaming market, Malta Independent has reported.

With a sector that accounts for no less than 11% of the country’s gross domestic product, Malta is seeking alternative solution to a new definition of “illegal sports betting” which is currently being pushed forward by the Council of Europe through its Convention of Manipulation of Sports Competitions.

The new definition stipulates that any sports betting activity whose type or operator is not allowed under the applicable law of the jurisdiction where the consumer is located will be deemed as illegal sport betting.

As such, the Convention of Manipulation of Sports Competitions could have direct impact on Maltese gaming industry whose vast majority performs cross-border services. The remote industry will suffer a huge blow and it prevents Malta from supporting the Convention, despite Maltese authorities’ highly positive views on the proposal which is in line with state’s policy to force out match fixing.

Maltese regulators have taken part in negotiations and have made various proposals for amendments to the Convention.

“This definition will effectively render illegal all operators who offer their services via their Malta Gaming Authority licence in other European states. If the EU were to ratify the Convention of the Council of Europe, such a definition will have automatic EU applicability which effectively gives the ‘stamp of approval’ to the restrictions imposed by EU member states on the provision of cross-border services”, he added.

Over the years Malta has become an attractive jurisdiction for gambling operators and it was believed that many of the providers, who were considering moving out of UK after the country’s decision to leave the EU, would find Malta as viable place for them.

The new proposition that is being pushed by the Council of Europe could, however, have dire consequences on that aspect of Maltese gaming expansion plans.

In addition to accounting for around 11% of Malta’s GDP, Maltese gaming industry provides employment to 8,000 people and has at the end of 2015 contributed with no less than €700 million to the Maltese economy.