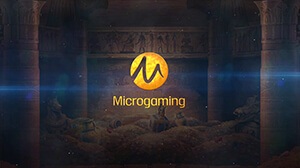 Lara Croft Temples and Tombs offers 243 ways to win with Rolling Reels providing players with an additional chance to win.

Fifteen years after Lara Croft made its first appearance in a video slot, the cult heroine finally returns to the reels!

Titled Lara Croft Temples and Tombs, the latest release is developed exclusively for Microgaming by Triple Edge Studios and promises plenty of excitement as it’s set to set players on a quest to find immense riches.

This is a 5-reel, 3-row video slot with 243 ways to win, which means there are no traditional paylines on offer.

The Microgaming’s latest addition to its portfolio has a number of exhilarating features on offer which further enhance the overall gaming experience. The Rolling Reels can lead to handsome payouts, as winning combinations of matching symbols explode with new ones dropping into their place.

Consecutive wins increase the multiplier trail, going up to 5x in the Main Game. Players are sure to enjoy the game’s stunning visuals and the striking artwork, with ancient gods Set and Sobek making their appearance on the screen as well.

The golden scarab serves as Wild, substituting for other icons and helping punters form additional winning combinations. Three journal symbols trigger the Free Spins round, which starts with 8 spins and a 3x multiplier trail. This trail can go all the way up to a 15x multiplier, while the golden scarab can help players win up to 32 free spins.

A Welcomed Addition to the Offering

Commenting on the launch of this game, Jean-Luc Ferriere, Chief Commercial Officer at Microgaming said the release of Lara Croft Temples and Tombs was a tremendously exciting moment for Microgaming, building on the company’s longstanding branded relationship with Square Enix. He added the game reflected Triple Edge Studios’ passion and enthusiasm, making it a powerfully attractive product for new and established players.

Brendan Walton, design lead at Triple Edge Studios, stated his company was proud to present the latest slot game featuring the world-famous intrepid adventurer.  He explained that with a proven and popular mechanic, rolling reels opened up the potential for consecutive wins, while the multiplier trail added a great sense of excitement as players chased increasing wins.

Walton pointed out the golden scarab jackpot was a standout feature offering a guaranteed grand jackpot up to 5,000x the player’s bet.  In the end, he said they were thrilled to work on Lara Croft Temples and Tombs, and added they couldn’t wait to welcome players into an immersive world of ancient artefacts and timeless treasures.