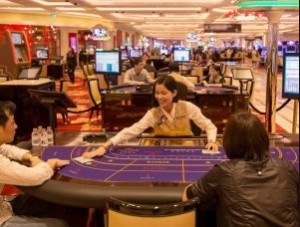 The number of licenced junket operators in Macau slumped down by 23% over the past year and now Cali Group Junket operator has decided to exit Macau’s VIP market at the beginning of February 2016.

VIP rooms in Grand Lisboa and City of Dreams casinos are out of business and Cali Group is now left with VIP gaming rooms in the Galaxy Macau and MGM Macau.

There were total of 183 licenced gaming promoters in Macau in January 2015, but the tally went down to 141 by the end of the year, which includes 121 companies and 20 individuals, claims Calvin Ayre citing the reports from the Gaming Inspection and Coordination Bureau (DICJ).

Analysts assume that a big number of junket operators did not have their licences renewed because they were already planning to exit the Macau gaming market due to weak demand, which is in line with the reports of the major drop in revenue that has hit the Macau casino business for the 20th consecutive month.

Kwok Chi Chung, president of the Association of Gaming and Entertainment Promoters in Macau, confirmed the news and said that the current situation “is like the aftershocks following an earthquake.”

“After some time, some VIP rooms may have seen the number of customers that they receive is not enough to support their operations,” he said.

Macau VIP sector is predicted to continue its decline this year and the number of gaming promoters will continue to reduce, as casino operators turn their focus towards the middle class, mass market players who will be the priority in 2016.