Macau: Casino revenue drops by more than 20% in January 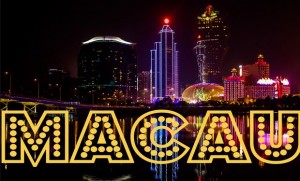 Casino revenue in the former Portuguese colony fell for the 20th consecutive month as casino operators report the loss of $2.33 billion at the start of 2016, according to the Sidney Morning Herald.

World’s largest casino hub has suffered a dip of 21.4% in January, ahead of a Lunar New York week-long holiday which is expected to boost the numbers in this country whose economy largely depends on gambling revenues.

Macau has been hit by a two-year anti-corruption campaign which has slowed down the growth of China’s general economy and which has also had an influence to the gaming industry.

This year’s fall marks the second year of revenue decline since the liberalisation of the industry in 2002.

As the casino revenues are hovering around five-year lows, the analysts predict that the worst could be over, due to an increase in the more middle class, mass market players. Revenue stabilization in 2016 could boost the entire casino industry by 1 per cent.

Mass market players will be the priority for 2016 as Macau casinos turn their focus from the wealthier VIP gamers to middle class.

New casino resorts are set to open this year and will include popular features such as miniature Eiffel Tower to draw more visitors and players.