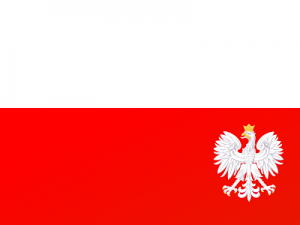 Poland struggling to get rid of unlicensed gaming operators.

Even though Poland made important changes to its gambling legislation back in December 2016, it seems those had little effect in practice.

According to a recently published report, around two-thirds of the country's gambling market is controlled by bookmakers operating without a license.

High Taxes Are a Huge Problem

An extremely high tax on turnover, which is at 12% one of the highest on the continent, is cited as the cause of these problems, since it prompted many operators, such as William Hill, to exit the Polish market.

Since the new legislation came into effect 13 months ago, a total of €95.2 million in taxes have been raised. However, market experts claim this amount could have exceeded €140 million if the law had been fully enforced.

The regulatory changes introduced the Register of Domains for Illegal Offering of Gambling, whose duty is to blacklist those websites operating outside the law, blocking the access to more than 1,200 sites. However, the list of prohibited websites is not updated on a regular basis, with unlicensed operators frequently changing their domain names to avoid being blacklisted.

When it comes to the licensed sector, STS rules the Polish market with a share of 48%, followed by the Czech operator Fortuna and domestic operator Totolotek with 31% and 10% respectively.

The numbers clearly indicate the country's bookmaking sector is on the rise. Reported annual turnover in 2017 was around €795 million, nearly €400 million more than in 2016.

Łukasz Borkowski, member of the Graj Legalnie, the Polish legal association that published the report said the government needed to do more to protect the licensed gambling market. According to him, blocking of illegal operators’ websites and payments must be more effective and The Register of Domains for Illegal Offering of Gambling should be updated more frequently.

Borkowski stated a decisive action would lead to fairer competition in the Polish bookmaking market and reduce the grey market in the Polish betting industry.