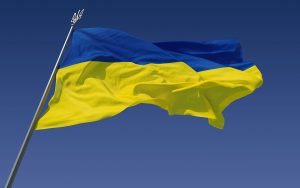 General Yuriy Lutsenko, Ukrainian attorney general, has once again confirmed his opinion on the matter of the gambling legalization in the country.

However, the new legal frame is yet to be adopted by the lawmakers in Kiev, and the operators are starting to lose their patience.

Almost a Decade Since the Ban

The current situation in the Ukrainian market dates back to 2009 when gambling was completely outlawed (except lotteries). The first signs that things could change appeared in 2015 when it was announced the country would get a new legislation and lift the ban on gambling.

According to media reports, the announced regulatory change would have legalized land-based and online gambling. Unfortunately, the proposal included extremely high fees and a number of licensing restrictions and never made it to Parliament.

Earlier this year, the government announced the country would make the necessary legal changes to lift the ban on gambling, and even promised Ukraine would have an operable gambling market by 2018.

Changing the current situation is something that the International Monetary Fund has requested from Ukraine, an obligation which is a part of the IMF's economic package. The industry was the first to offer its know-how and expertise in creating a new legislation, but two years later, little has been done.

Last month, Oleksandr Yaroslavsky, one of 10 richest men in the country, publicly accused the government of intentionally stalling the new regulation. He said the reform of the gambling market was necessary, especially since the illegal market was worth around half a billion dollars!

Yaroslavsky is the owner of the Premier Palace Hotel in Kharkiv, opened prior to the UEFA Euro 2012. The hotel includes a casino in whose construction Yaroslavsky invested $12 million, but which remains closed to this day.

In order to satisfy their gambling habits, the consumers in Ukraine are turning to foreign-based online venues, primarily those based in Russia. According to the recently revealed online traffic report, Russian Parimatch was the 16th most visited website in the country during September.

Parimatch confirmed this report, stating the consumer base in Ukraine increased by around 30% in recent years.

The 2018 draft budget discussion in will take place in a couple of days. Since the government has planned a 3% GDP growth for next year, additional revenue could be gained from the regulation of the country's gambling market.