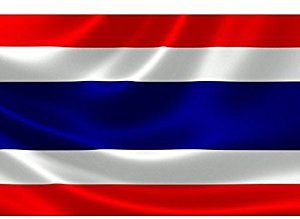 Thailand lottery jackpot winner will be determined after DNA examination.

It seems we'll have to wait a bit more to find out who actually won a staggering Thai jackpot, with a DNA test being one of the possible ways to determine the name of the lucky winner.

Back in November, Thai lottery announced that Charoon Wimon, a retired 62-year-old former policeman from Kanchanaburi province had won a THB 30 million jackpot (around $920,000). However, a 50-year-old teacher by the name of Preecha Kraikruan challenged the prize, claiming the winning tickets belonged to him and stated he had lost the tickets.

Forensics to Decide the Lucky Winner

The money had already been deposited into Wimon's account, but due to new circumstances, his winnings have been frozen until the real winner is discovered.

According to his lawyer, a member of the Royal Thai Police force attempted to pressure him into closing the case before it reaches the court, by sharing the jackpot with Kraikruan, which Wimon rejected.

However, the police have found the way of solving this issue without the interference of the judicial authorities. The available information state the winning ticket will be subjected to forensic investigation. Thai investigators will examine the tickets and any fingerprints found on them and will determine whose DNA is present there. The first results should arrive by the end of this month.

One of the two main protagonists of this story will receive the cash prize, while the other could end up facing criminal charges. At this moment, there are four other cases of disputed lottery jackpots under a police investigation, and according to Thai officials, some of these cases could be connected.

Krissana Sapder, deputy Kanchanaburi provincial police commander said no one had been charged yet, as the authorities had to wait for the DNA test results.

The Government Lottery Office (GLO) lottery, which is drawn twice a month, is the only form of gambling available in the country where almost all others are prohibited. Many Thai players are superstitious when it comes to choosing ticket numbers, and often seek help from so-called lottery numerologist.