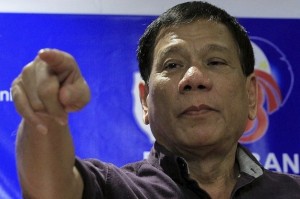 Newly elected president of Philippines Rodrigo Duterte has made a surprising announcement on Thursday during his first cabinet meeting when he revealed that all gambling activities state-wide will be ended.

Duterte argued that too many Philippinos were choosing to gamble instead of to work for a living, adding that collecting taxes from online gambling operators is also a major issue that made him reach such a surprising decision.

Philippines president has asked the country’s Amusement and Gambling Coorporation (PAGCOR) to suspend issuing of online gambling licences. State-run organisation which is controlling the gambling process revealed that it will halt processing of all licence aplications in consideration with president’s announcement until further notice.

“For now, we will freeze the issuance of licenses for these types of games, and then review what the President said,” PAGCOR’s newly appointed Andrea D. Domingo was quoted according to Manila Bulletin.

Philippines President Rodrigo Duterte has not been specific with his strong stance on online gambling and his decision has left stakeholders wondering what he meant by online as the only online gambling licences PAGCOR issues are for the terminal-type eGames.

CEZA-linked companies have deep contacts in the Philippines and their outsourcing sector in particular so it remains to be seen if Duterte has genuinely decided to cut ties with an industry that has made significant contribution to the country over the last decade.