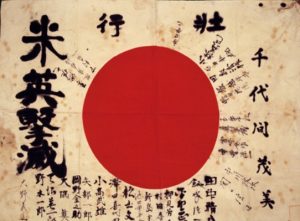 Japan’s Prime Minister Shinzo Abe and his parliamentary coalition are making giants strides towards the legalization of high-stakes gambling in the Asian country.

The Government is eager to push through with the plan that is deemed to attract more tourists and help the Prime Minister realize one of his key economic policies.

Allowing large-scale projects which will combine casinos with hotels and resorts, shopping and conference facilities is likely to bolster the country’s economy and sustain high level of tourism after the 2020 Tokyo Olympics.

The world’s third-largest economy could benefit from the projected worth of the gambling market that goes well beyond $40 million a year.

The Upper House Committee has approved a Bill on Tuesday, bidding to legalize high-stake gambling which is almost certain to be pushed through by the full Chamber as early as on Wednesday, which is the last day of the ongoing parliamentary session.

BBC reports that shares in some of the world’s biggest gambling companies such as Las Vegas Sands, Wynn Resorts and MGM Resorts have seen a significant rise after Japan made one step closer to legalizing the casino business.

The operators have been rather excited by the prospect of Japan becoming an open and regulated gambling hub, since the huge potential of the market so close to China.

Amidst the excitement, there have been strong concerns regarding the potential gambling addiction and other social upshots such as organized crime. Lawmakers brushed off the concerns by passing a vote on the Bill that is now almost certain to become a law.

The new high-stake gambling Act will add casino games to the existing pool of government-backed gambling on horse, boat and bicycle races.

Tokyo, Yokohama and Osaka are in line to be determined as potential location for the casinos.