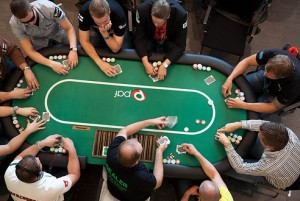 A Maryland poker bill was passed in the House of Delegates last week with the legislation aiming to make playing poker at home legal.

House Bill 127 was introduced earlier this year and has now passed through the State House with a unanimous vote.

It is supposed to remove criminal penalties as current legislation stipulates a jail sentence of up to one year or a $1,000 fine simply for playing a home game, regardless of the stakes.

Lawmakers avoided passing the Bill in 2014 due to several new commercial casinos opening up around the state as passing such legislation could have been regarded as too much gambling expansion at the time.

Sponsored by Delegate Kirill Reznik, the bill would allow the underage persons and those over 21 to ‘conduct a home game’ if the game is not held more than once a week in an individual’s home.

The bill also stipulates the game must be among players who ‘share a pre-existing social relationship’, reports Calvin Ayre.

Reznik has primarily proposed $2,000 in stakes to be allowed, but the bill says that the combined total cash amount on the table in a 24-hour period can be no more than $500.

Furthermore, the person(s) hosting the game can participate in the game, but are not allow to take any rake or profit in any way, other than cashing in the game.

Players must compete against each other at the same location without the use of electronic devices, meaning the game cannot be played through an online poker site.

For those of you who are uncomfortable with such Bill stipulations, visit our page of the best online video poker places and enjoy a hand or two.