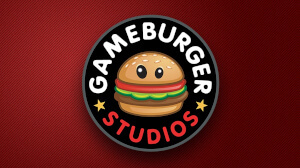 The Isle of Man-based gaming giant Microgaming has announced it has recently signed a new partnership agreement with Gameburger Studios, which has now been added to the company's list of premium game builders.

Gameburger Studios is an independent game studio that will provide exclusive content for the renowned developer in markets outside the U.S. The studio launched its operations earlier this year, but they are eager to show what they can do.

Under the provisions of the new deal, Microgaming customers will be able to enjoy a wide selection of exclusive new content developed by Gameburger Studios, which promises a distinctive casino experience coupled with a classic American style.

The newly established game studio is driven by its creative team boasting more than two decades of vast industry experience. The studio's team pays special attention to visuals, mechanics and game features, so we can expect its creations will spice up Microgaming's portfolio of high-quality games.

According to available information, Gameburger Studios' first game to be launched is Break da Bank Again Respin, which is scheduled to go live this week, bringing a whole new twist to the popular Microgaming's series. 11 years after the original game hit the market, Break da Bank Again arrives in the market, featuring improved graphics, high volatility, the popular Respin mechanic, and the Free Spins round which can be retriggered. In addition to all of this, the game will also have a higher return to player (RTP).

Excited to Be Working Together

Commenting on the signing of the new deal, John Coleman, Chief Executive Officer at Microgaming said they were thrilled to welcome Gameburger to the company's global network of independent game development studios. He added the team’s experience and personality, coupled with their relentless drive to innovate, would serve them in good stead as they continued to supply the market with unique, feature-packed content.

Matt Carvajal Creative Designer at Gameburger Studios said they were very excited to collaborate with Microgaming and look forward to providing the leading supplier with fresh new content for their extensive portfolio of operators.

He pointed out the studio's mission was to entertain, innovate and deliver the very best gaming experiences with a classic American style, and added they were determined to serve up only the very best of the best.