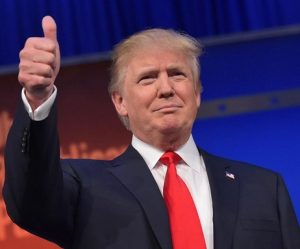 As the first-ever United States president to have owned the casino, the president-elect Donald Trump has got gambling operators keeping their fingers crossed hoping his administration will help the industry.

American Gaming Association, a leading one in the gambling industry feels that increased mainstream acceptance of gambling in combination with the presidential elections results will represent a major opportunity for the gambling community to push forward its key goals.

Internet gambling, sports betting and daily fantasy sports remain the biggest issues in American gambling business and industry is wondering how Trump’s administration will handle those issues, hoping that Donald Trump will be in favour of adopting fewer regulations and approval of sports betting.

President-elect is expected to impose a tax reform and improve immigration policies which would not dry up the inflow of overseas gamblers – and employees – to U.S. casinos.

As man with good understanding of how the gambling industry works, Donald Tramp is regarded as a favourable person to solve the ongoing issues much to the satisfaction of the operators.

The American Gaming Association is making concrete moves towards securing their position with the new American president, by already sending him a memo which provides an overview on the industry’s evolution and a listing of top priorities on a federal level.

In addition to aforementioned burning issues, tribal gaming and Yucca Mountain were also added to the gambling wish list sent to the president-elect.