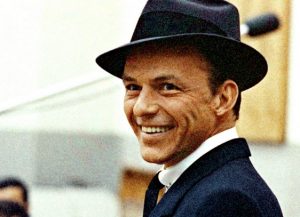 Once a glamour spot on the Lake Tahoe’s north shore and a popular summer gateway for the iconic artist Frank Sinatra, the Cal Neva Casino is going through difficult times.

From 1960 to 1963 Cal Neva was Tahoe’s pearl, all until Frank Sinatra lost his licence after an FBI agent spotted Sam Giancana, the Chicago mobster on the premises of the casino.

Since then, the Cal Neva went through a succession of owners gradually sliding into oblivion. The surge of Indian casinos in California urged Tahoe to begin its reinvention as a luxury casino market, but the Cal Neva never really managed to get back on track.

Now, after being closed for renovations for nearly three years and months after halting work on a $49 million overhaul, the developer of the Cal Neva reports that the Casino Resort is now in bankruptcy.

Bankruptcy case was filed late in July in U.S. Bankruptcy Court in Santa Rosa and it is the latest setback for a 90-year-old resort.

Last week’s court filling saw the St Helena developer Criswell Radovan confess to a $40 million in debt, claiming that the property would need $23.8 million to finish the renovation.

Developers believe that new financing will be received in a month or two adding that redevelopment should be completed within six months of the closing of the refinancing.

It is estimated that Cal Neva would be worth $75 million when the project is done.

Criswell Radovan said it would rebuild the 10-story hotel tower and infuse the resort with Sinatra-era glamour in hopes of attracting visitors and breathing new life onto once a popular casino resort.