eSports Could Become an Olympic Sport by 2024 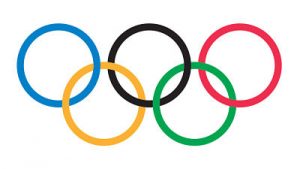 eSports could become Olympic sport in the near future.

We're witnessing an extreme rise in popularity of eSports, and if you've ever wondered what would be the future of this sport, we may have gotten the answer recently.

This answer arrived directly from Lausanne, Switzerland, last weekend, where stakeholders of the International Olympic Committee revealed eSports could be considered an Olympic sport.

On Its Way To Olympics

A spokesperson for the Committee said eSport had the potential of providing a platform for engagement with the Olympic sport. In other words – there's a chance eSports could make it to the world's foremost sports competition.

However, the biggest problem is the fact the sport doesn't have a governing body. Still, it's encouraging to see the Olympic Committee is willing to try something new.

The stakeholders agreed that eSports was becoming more and more popular across the world, attracting the suitable demographic for it to join the list of Olympic sports. According to recent studies, eSports is more popular with men aged 18-25 than traditional sports.

The support for eSports arrived from the team behind the Paris 2024 bid, who made it clear they would back any sort of initiative aimed at including eSports on the list of Olympic sports. It is still possible for eSports to make it to Paris since we won't know list the full list of sports for the 2024 Olympics until after the 2020 games in Tokyo.

The biggest obstacle eSports is facing on its road to becoming an Olympic sport is the absence of an eSports governing body at the moment, which is a condicio sine qua non for IOC to consider making it an Olympic event.

The Esports Integrity Coalition (ESIC), a not for profit members’ association established in 2015 by key esports stakeholders to deal with issues of common interest to the sport, needs to transform into the governing body of eSports as soon as possible, thus fulfilling the main requirement for reaching the medal podium.

It is estimated that by 2020, more than 70 million will watch an eSports final, making it the second most popular sport in the United States, and these numbers are just what the Olympics need.

Esports will be a part of the 2022 Asian Games tournament. We'll have to see whether it will make it to the French capital as well.