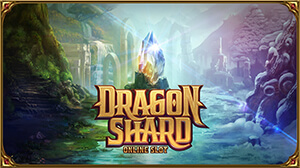 Microgaming has announced the arrival of its latest video slot, a fantasy-themed game developed exclusively by Stormcraft Studios.

An Immersive World of Magic

According to the gaming giant, the game has been fully optimized for a high-quality portrait gameplay experience on mobile.

The reels are populated with vibrantly-coloured symbols, whose list includes the Fire Queen and Ice King, which make their appearance as stacked symbols of high value. Their fearsome dragons can also find their way on to the reels, where they'll appear as double stacked. The size of prizes on offer will jump when super stacked Mystery Symbols join the party. They can be especially lucrative since they can lead to filling the reels with five-of-a-kind wins!

The Win Booster, when used, will cause Mystery Symbols to turn into Wilds and top-paying symbols while paying both ways and doubling the player's bet.

Landing a minimum of three Scatters will trigger the Free Spins round, awarding 10 spins. Depending on the number of landed Scatters, punters will get up to three Mystery Reels, with each of them loaded with stacked Mystery Symbols on it. Landing more Scatters will add extra spin to the count.

Dragon Shard can be played at any online casino powered by Microgaming.

Commenting on the launch of this game, Jagoda Barber Head of Games at Microgaming, said Dragon Shard was another exceptional addition to Microgaming’s innovative slot portfolio from the talented team at Stormcraft Studios.

She pointed out the game’s feature set was just as deep and rich as its presentation, with the Win Booster further enhancing the power of Mystery Symbols and Mystery Reels in free spins, which offered excellent win potential for any player lucky enough to land five Scatters entering the bonus, particularly if the Win Booster was enabled.