Do Urban Casinos Bring in Crime With Them? 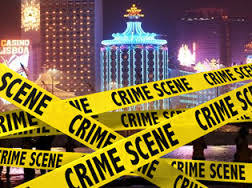 Crime might not be such a big issue in urban neighborhoods with casinos.

Many urban communities that had to face a casino coming into the area after a bill was passed by numerous states that allowed gambling were protesting the new action. The community members felt that with casinos came drugs, violence and even more crime. However, a study conducted by Drexel and Temple Universities found that this is not something that happens. It is actually the same as it was before.

The researchers took their time and waited out four long years to conclude the studies to get the most accurate results. They took the data from before the casino came into the area, with only the immediate area rates, then kept a close eye on the activity throughout the next four years. They were dedicated to finding out if the casino would be a bad idea when it came to the neighborhood around it and what the community was protesting.

Any big changes in the crime level were controlled with the local police officials for the area and did not become out of control. The community is one that is generally smaller and close knit – this is why they felt that adding such a large establishment might disrupt the residents of the area. However, the researchers found that there was no significant evidence that shows that the casino made any difference within the town since it was constructed.

Other local residential areas where casinos were established had seen a small increase in the amount of crime in the area – these were in different states, at different times. Each had it's own data, but the information and data collected for this study was specifically conducted in the neighborhood of Fishtown in Philadelphia. The research was conducted not only because the researchers were curious but to quiet a town that was in uproar when the doors to the new casino were opened. Protestors would stand outside the doors to call for action – to remove the casino that was supposed to be stimulating their state's economy.

The research should now show these protestors that perhaps they were wrong when it came to calling out the casino and all the crime that they thought it might bring with it.