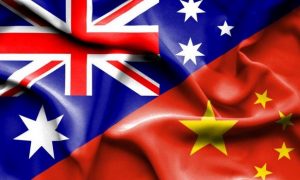 Eighteen employees of Australia’s Crown Resort have been arrested this week in China for organised gambling marketing activities of encouraging or introducing Chinese citizens to overseas gambling, according to New York Times.

The arrests are believed to be potentially harming for casino operators who are either doing or planning on doing business in mainland China, where it is strictly forbidden to market gambling to Chinese nationals.

The practise, however, has been widespread and usually conducted under the cover of encouraging Chinese citizens to visit the cities in Australia and helping them with obtaining visas.

Three senior Australian Crown executives including the Head of Crown’s International VIP team Jason O’Connor are believed to be some of 18 employees that were held for questioning by the Chinese authorities.

Crown have not been able to make contact with the employees and is working closely with the Department of Foreign Affairs and Trade to ascertain the welfare of the staff.

The arrest is believed to be a part of Beijing’s move to put a clamp on corruption, which last year led to arrests of more than a dozen South Korean managers.

In the meantime, shares in Crowns Resorts, controlled by billionaire James Packer, saw a 14% slump on Monday as a result of the arrest of its 18 employees.

Shares in Crown closed down record 13.9% in Sydney which is the last in line of blows for the Australian gaming and resort company which is planning to spin off its international assets as part of a corporate restructuring.

What is more, the latest arrest scandal risks sparking a fresh diplomatic spat between official Camberra and Beijing.