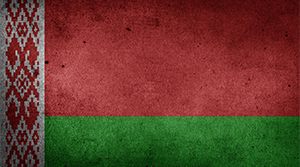 Belarus is trying to update its existing gambling legislation and is considering the legalisation of online gambling.

According to the latest news, Belarus is trying to update its existing gambling legislation. Moreover, this country is once again seriously considering the legalisation of online gambling.

Last week, local media BeITA, reported that head of the government's Ministry of Taxes and Levies Sergei Nalivaiko had introduced a proposal which would regulate many issues related to gaming. One of the most important proposals is to raise the legal gambling age from 18 to 21 years.

This draft would deal with the licenses and taxes for online gambling operators, but the details are still kept as a secret.

Nalivaiko said the transitional period for one decree to be enacted into law was two years, and until that then the existing online gambling operators would be able to acquire special permits in order to do business in accordance with the decree.

Last year, Belarusian ministry had a plan to allow local operators to offer online games to the customers, and to forbid internationally licensed online gambling sites until they acquire local licenses. This would mean the international operators had to locate their servers in Belarus.

When it comes to the announcement made by the government officials that the current tax rate would remain intact in the following three years, Nalivaiko said the additional investments were needed to organize a new type of activity in the gambling business.

Nevertheless, Novo-BR, one of the gambling operators of the U Admirala casino in Minsk, filed for bankruptcy, and it seems the reason for that is the company didn't pay the taxes or the wages for some time.

On the other hand, M1 casino saw their opportunity in this situation and decided to open a new land-based gaming venue.

Alexei Popov, general manager of M1, said that even though Russia had a few established gaming zones in which casinos were permitted, none of these were closer to Moscow than the M1.

He noted that around 80% of the M1 customers were Russian citizens, mostly from Moscow and Smolensk.