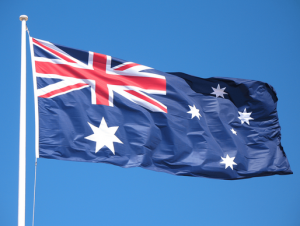 Australia is making concrete moves towards regulating their grey gambling area which has up until now allowed the host of operators to enter the country’s market and operate freely without having to worry about the local license.

However, the new bill introduced earlier in November as an amendment to the Interactive Gambling Act 2001 should put an end to all unregulated operations coming from offshore providers.

“The government is committed to taking a tougher stance on illegal offshore wagering providers and this bill does exactly that”, an Australian official was quoted earlier last week.

Should the proposed amendment be introduced and executed in full power it would require foreign gambling operators to acquire local Australian licenses in order to avoid heavy fines.

Operators who continue to do their business in the country without local licenses would be deemed to have broken the law and ordered to pay up to $AU1.35 million.

Implications of the newly-proposed amendment are expected to have biggest impact on poker sites, much of whom are already contemplating exits from the Australian market.

If the amendment is passed by the Senate, some of the largest players in the industry such as 888Poker, Party Poker and most predominantly PokerStars could be abandoning the Australian market in efforts to risk losing their UK operating licenses for doing illegal business.

PokerStars and their parent company Amaya have already expressed their concerns over the proposed changes announcing that the brand could halt the operations in the country.

Should a new legislation come into effect, PokerStars’ exit from the Australian market would end up having a significant impact on the finances as the company would lose as much as 2.5% of the revenue.

For all of you looking for the best and most trusted Australian licensed online casinos, visit THIS LINK to take a look at arguably the best list there is to be offered.