Are Fireworks Expected to be at the Nest Casino Hearing? 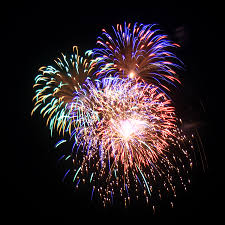 Fireworks may go off today during the City Council meeting as the officials from a gaming company who is seeking to construct the city’s second casino go up against critics who have accused the developer of the casino of discrimination against customers who are African-American.
Among the many people who have signed up to speak against this gaming company are 6 customers as well as former employees who have alleged to have either been victims or have witnessed the use of racial discrimination at the Fourth Street Live entertainment location that is located in Louisville, Kentucky.
Paula Peebles who is a chairwoman for the Philadelphia Chapter of the National Action Network, took a trip to Louisville, Kentucky in August of 2015 in order to investigate these allegations that were placed upon the company. In September of the same year the National Action Network issued a report that was titled “Indicted,” which means that it corroborates the allegations that this gaming company does use its dress code policies in order to keep black people out as well as they hire white people to provoke fights that only result in black people getting kicked out.
Paula Peebles has stated that her organization is not opposed to the $450 million dollar hotel and casino being constructed within the stadium district, as long as the Cordish gaming company has no participation in it.  The Cordish gaming company that operates out of Baltimore owns numerous entertainment venues that are located around the country; these venues include the Xfinity Live! That is located in South Philadelphia.