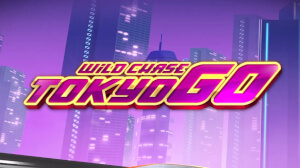 Another Exciting Sequel Arrives at Quickspin Casinos This October

Quickspin has been pretty busy so far this year, releasing a large number of new and exciting games. Among numerous new slots launched since the beginning of 2019, there are two sequels to the company's popular classics.

Developers worked hard on the new releases, which saw familiar characters make their action-packed return to the reels.

The first Quickspin's sequel to have hit the market this year was Sticky Bandits: Wild Return, unveiled in August. The original title was launched two years ago, and it quickly became very popular among punters of all types.

To create a thrilling and, at the same time, rewarding experience, developers have added a new member of the gang, along with a new bonus game and massive symbols on the reels.

And it was a winning combination, as Quickspin claims the has been their most successful release this year. That's why another sequel has been added to their portfolio.

Get Ready for a High-Octane Adventure

Three years after the launch of the original Wild Chase, the exciting sequel titled Wild Chase: Tokyo Go is coming on Quickspin-powered online casinos around the globe, featuring dynamic game mechanics, stunning visuals and plenty of chances to scoop handsome prizes. The game boasts a new scenery, but the characters have stayed the same!

Players can look forward to seeing fast cars in action, in combination with excellent graphics and fast-paced game mechanics. Be sure to give it a go!

Commenting on the launch of the new game Mark Smith, Head of Games at Quickspin said Wild Chase: Tokyo Go was their second sequel this year, including the recent hit game Sticky Bandits: Wild Return. He explained the slot specialist had taken two very successful games: The Wild Chase and Wins of Fortune and paired them together to create a fresh and thrilling gaming experience for their players

Paul Myatt, Chief Commercial Officer added the team had done a fantastic job with Wild Chase: Tokyo Go! Myatt pointed out the game mechanics Super Respin and Respin on Any Win were both very strong features that had proved to be popular and successful with players.