Why did Microgaming’s 3D slots not take off? 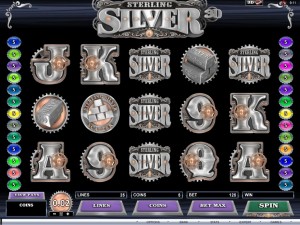 If you have been looking around our website, you will have noticed that there are several 3D slot games which can be accessed and played online. There are not many companies who specialize in designing and then launching these high definition and highly attractive slot games, but one company that has mastered the art of designing them is BetSoft Gaming.

There are quite a number of online casinos that either exclusively use BetSoft Gaming 3D slot games, and there are some casinos that have a small collection of them complimenting their other casino game offerings.

One only casino game designer is Microgaming, they were actually one of the pioneers of the online casino game playing environment as they launched the very first fully functional online casino gaming platform that came packed with slot games back in 1994.

Over the twenty plus years that Microgaming have been designing slot games, it is very true to say that they have launched a large range of different slot machines, some with proved to be massively popular with players, and sadly some that never really hit the spot with players and some slots are now often overlooked by players, even though when they were realised those slots were highly advanced!

Microgaming’s very first attempt at designing a realistic looking 3D slot game was quite farcical when you look back at how they went about doing this. For once they had tasked their slot designers with putting together and designing a 3D slot game, and this game was finally at the stage where they could release it on their gaming platforms, the slot had been designed in such a way that anyone wanting to play it and get the benefit of the 3D graphics would have to wear a pair of 3D Glasses!

If you have ever been to the cinema in days gone by and that venue was showing a 3D film, you would be handed a pair of disposable 3D Glasses before you took your seat, and would then have to wear the glasses to get the effect of the 3D animations and graphics.

This is exactly what a player would have to do when playing this new 3D slot game from Microgaming, which by the way was called the Sterling Silver slot. So each Microgaming powered sites had to obtain a large number of disposable 3D glasses and then send them out to all of their customers, along with some marketing material about that new slot game!

It will not surprise you to learn that the 3D Sterling Silver slot did at first get quite a lot of attention from players who wanted to give this supposedly new slot and new slot playing concept a try, however it wasn’t very long before the slot lost its player appeal, and when you factor into the equation that many players never received a pair of 3D glasses, or when they did they misplaced them or they got damaged, then that meant those players were unable to play the slot.

If you launch the Sterling Silver 3D slot game from the game menu of a downloadable Microgaming powered casino, (yes the game is still available), and play it without  a pair of 3D Glasses, the graphics and animations all look blurred and the slot is highly unplayable and odd looking without those glasses!

After what can only best be described as a non productive attempt at designing 3D slot games, Microgaming chose to never design nor release another slot game which required a set of 3D Glasses to be worn to play it, for players are always going to lose, misplace or damage those they have been sent out and constantly replacing them is way too expensive and as playing slots is often  quite impulsive, no one will ever want to have to starting hunting around for 3D glasses when they are in a slot playing mood!

With this in mind what you will now find when you are logged into any Microgaming online or mobile casino site, is a large and impressive suite of slot games, from every different category of slot, all of which boost enhanced graphics and animations.

You really should check some of the every latest Microgaming slot game releases as you will often find many of the reels symbols will spring to life in one way for another when you are playing them, and this really does add another level of entertainment to your online slot playing sessions.

It is often the case that some of the newest released and launched online slot games will boast a unique set of Wild reel symbols. You will find Wild symbols that in addition to standing in for all other reel symbols in play on the reels can and often do offer several other unique types of feature which triggers when they spin in.

Many of the Wild symbols now in play on slots from all of the leading casino gaming platforms and online slot game designers will spring to life and will have unbelievable animations attached to them which will become apparent once you have spun those reel symbols in, so look out for the unique type of Wild symbols as they can often guarantee you of come very large winning payouts when you finally see them appearing on the slot game screen and the bonus features attached to them trigger.

If you do wish to play some great playing and great looking 3D slot games, then we would suggest you take a look at our range of online casino sites that have the BetSoft Gaming slot games on offer, as those sites offer slot games that really have had a lot of time and effort put into their design, and without the need to have a pair of 3D Glasses you are of course able to play them whenever you want to play them!