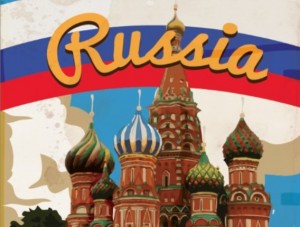 Russia's crackdown on internet gambling continues, while the latest move by the authorities should ensure that local residents stay away from banned websites.

Federal Service for Supervision of Communications, Information Technology and Mass Media – Roskomnadzor, Russia's media and telecommunications regulatory agency has met with the representatives of the country's search engines to discuss the means of blocking access to blacklisted gambling sites.

Roskomnadzor reached an agreement with Yandex, Sputnik and Mail.ru, which should ensure that the Russians are denied access to websites banned by the agency. So far, thousands of websites have been placed on the blacklist.

Back in July, two new laws were adopted, one obliging Russian ISPs not only to block blacklisted websites, but also to deny access to their mirror sites, while the other one was aimed against tools used to bypass the bans, such as anonymizers and VPNs.

The laws have been signed by the country's president, Vladimir Putin and will come into effect on October 1 and November 1, respectively.

The meeting, held last week, was the opportunity for Roskomnadzor officials to give a detail information on the measures which are going to be used when dealing with the blacklisted domains.

The telecom watchdog will set up an automated service to notify search engines about blacklist updates. The companies will have 72 hours the completely ban the blacklisted domains.

It's About to Get Even Tougher

Many internet providers in Russia already have such system, which has proven to be inefficient on several occasions, often causing embarrassing situations. The most recent blunder was disabling of Google's Russian search engine, since a redirect to a blacklisted website appeared in the search results.

It is expected that the new laws would bring harsh penalties for failing to comply with Roskomnadzor bans. Internet providers have been fined on several occasions, while the authorities were lenient on search engines' misdemeanors.

Roskomnadzor blocked around 6,000 gambling websites during the last month, including 886 Fonbet-related and 67 Sportingbet domains. Sportingbet, GVC Holdings-owned and operated brand, was the most-banned western bookmaker in August.