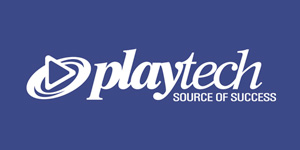 According to the available data, Playtech recorded revenue of $994.3, which is 14% more than during the twelve months of 2016.

Managed To Overcome The Obstacles

The company had its share of difficulties during 2017, especially near the end of the year. In November, Playtech had to review its market estimates, and the reason for such a move was an economic decline and Asia, along with the problems in regards to the firm's supplier contract with the British Sun Bingo.

Nevertheless, the company made several important moves during the previous year which will undoubtedly strengthen its market positions.

The list of 2017 highlights include the migration of live casino assets to Playtech’s new studio in Riga, Latvia, and the improved results of its sportsbook division. Playtech BGT was quite busy during the year, signing new deals with HpyBet, Magic Betting, and SAS, as well as renewing existing partnerships with Paddy Power, Betfred, OPAP, and Boylesports.

The Quality Of Earnings Is Evident

The chairman of Playtech, Alan Jackson, said the company's performance continued to be converted into strong cash generation enabling a 10% increase in the full year dividend.

He stated Playtech's strategy to improve the quality of earnings for the Group had been evident in the increase in regulated revenue to 54%, while the health of the core business coupled with the strength of the balance sheet meant Playtech was strategically well placed to execute on M&A that would continue to drive this growth and further diversify Playtech’s revenue base.

According to him, the division was well positioned for any new industry regulations.