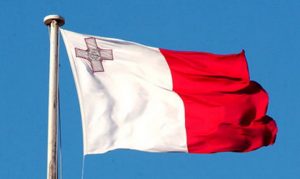 Malta under pressure from European Union to increase gaming taxes.

The European Union has recently announced it plans to adopt new tax regime for digital companies, which will be much more strict than the existing one. The EU officials stated the new policy would be aimed at providing more reliable regulation.

This move could have a significant impact on the Maltese gambling industry, whose development is kept under observation by international regulators.

Malta is known for its low taxes, which is obviously the main reason why many companies are headquartered in this country. Maintaining the current tax policy has been paramount for the Maltese government, but the planned introduction of the new digital taxation covering all EU member could end a whole era.

If the new tax policy goes through, all digital companies will be taxed on their profits. It will not only affect online gambling industry, but also digital giants such as Apple, Facebook, and Google. Consequences it could bring to the Maltese economy would be dire, especially since online gambling represents one eighth of the country's economy.

According to available information, the proposal will reach the European legislators in the spring of 2018.

Any change related to tax regulation could seriously affect Malta and the reason it the country's high dependency on corporate tax revenues. In the meantime, the members are arguing about the necessity of introducing new regulations.

Final Decision Could Be Postponed

And while France and Germany claim the companies need to pay more, Luxembourg and Ireland are strongly against any sort of change in the current tax policy. Since the decision needs a unanimous support of all EU members, there is no way of telling when will the final decision be made.

Vice Chair of the European Parliament’s Economic and Monetary Affairs Committee Markus Ferber said Malta – which had been a pioneer in creating a comprehensible and precise gambling regulation – needed to address the issue of money laundering and tax evasion, which had plagued the country's industry for some time now. Ferber added the government should prove it was doing its best to improve the way the industry functioned.

The current corporate tax in Malta stands at around 5%.