Investor is Lighting a Fire Under the Committee 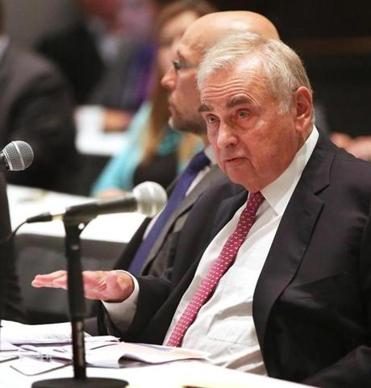 Investor let the committee know exactly what he thought.

An investor that is working on securing the Chicago casino has been putting the committee for the license and approvals under fire. He needs them to move forward, to take the leap of faith and to give the casino the go ahead. As he put it, he doesn't have all this time and has things to do besides wait around for a decision to be made on the casino that has already been decided was a good idea for the city and the state. However, they still have to sign the papers and give the casino the go ahead. The developers are ready, and the investor (who is arguing this case) is ready to throw down the money.

So What's Keeping Them From Moving Forward?

When it comes to moving forward, they are not able too until they are giving the approval from the county and state that they want to build in. In an attempt to move the process along further, the investor went into the office and let them know that he had things to do, and he couldn't possibly keep waiting around for the answer that was supposed to come months ago. He has waited long enough, and while that wasn't enough, he went so far as to let them know that now was the time for them to make a decision so he could continue to make deals with other people.

A lot of people are wondering how this happened so quickly, and why he decided now was a good time to move forward? Many people wonder how he became so courageous to say something to the committee regarding the decision. As for right now, we are still not sure what they have decided. We are not sure if he made his point known, and if they took that to heart. He traveled to the area to let them know this, and is hoping that their decision will come soon and it will be the right one that many people are hoping for.

As the story develops, you can check back here to Casinos Online to find out even more regarding it.