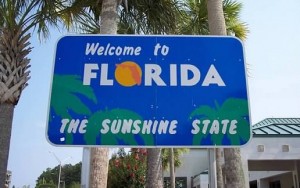 Let the games begin in the sunshine state.

The Seminole tribe and the administration of Gov. Rick Scott have closed the gap on the gambling deal and now the Florida Legislature is going to consider a gambling proposal that is supposed to present three different gambling-related bills.

The Senate is expected to take up the gambling legislation during the week, Calvin Ayre has reported.

One of the three different proposals would require voter approval to any future gambling expansions in the state of Florida, while the second proposal could even make way for a new casino in Miami.

The third proposal will discuss the possibility of slot machines in Palm Beach County, but most importantly the Seminole tribe is hoping to get the approval on adding craps and roulette at it casinos.

Seminole tribal chief James Billie and Gov. Rick Scott signed an agreement in December that is to allow Seminole tribe to add the aforementioned games on top of banked card games such as blackjack that are already in play at most of their facilities.

In exchange, Seminole tribe has agreed to pay the state $3 billion over the next seven years, which is believed to be the largest tribal revenue-sharing agreement in the country.