Mega Moolah is a progressive slots by Microgaming released in 2006. It features 5 reels and 25 paylines with a 88.12% RTP. This progressive slot game also features multipliers, scatter symbols, wilds, bonus games, free spins with a max bet of $125, suitable for high rollers. This game has a progressive jackpot and is available to play on both desktop & mobile.

Arguably the most popular video slot on the web, also known as The Millionaire Maker, Mega Moolah has been turning casino gamers into millionaires since November 2006. The five reel twenty-five payline game offers much more than high-paying progressive jackpot, but with Mega Jackpot starting at $1,000,000, this is clearly a stand out feature. On top of that, players can win up to 75,000 coins in the main game and 225,000 credits in the Free Spins round.

While + and – buttons are used to select between three coin denominations, number of paylines and bet per line is determined using select lines and select coins buttons. Spin, bet max or auto play starts the game. The object is to get at least two matching icons left to right on an active payline, with all values displayed in the paytable based on single coin per line bet. Lion symbol acts as Wild, replacing all game symbols with the exception of Scatter and doubling a win when substituting. Meanwhile, Scatter icon is represented by Monkey and it has a dual role considering that it pays out Scatter wins and triggers a highly rewarding Free Spins round.

WHERE TO PLAY Mega Moolah

New players only • $88 is granted in FreePlay (FP) • FP must be claimed within 48 hrs of receiving the email and expires after 14 days • FP wins are credited as bonus and capped at $15, exc. JP win • Bonus wins are capped at $500 • To withdraw bonus & related wins, wager 30x (bonus amount) within 90 days • Wagering req. vary by game • This offer may not be combined with any other offer • Deposit balance is available for withdrawal at any time • General withdrawal restrictions & full T&Cs apply. 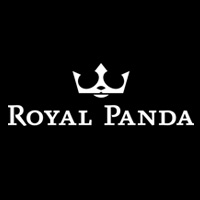 Full T&Cs apply. Deposit once for up to €1,000 and 300 Free Spins at GreenSpin.bet Casino. For the next two deposits, new players win up to €1,500 and up to $2,500, respctively with bonus code OPTIMUM2 and OPTIMUM3. Highroller promo codes HIGHROLLER1, HIGHROLLER2, and HIGHROLLER3. Only cash stakes qualify & wagering contributions vary. BeGambleAware.org.

Oddly enough, the game supports just three coin values – $0.01, $0.02 and $0.05. Players can obviously activate anywhere from one to twenty five paylines, while wagering between 1 and 5 coins per single line. Taking all this into consideration, you can wager up to $125 per single spin of the reels. While other game icons feature fairly average payouts, Lion Wild is one of the highest paying symbols you will have ever seen. Five of these on an active payline while wagering one coin per line will see you pocket cool 15,000 coins, with this amount rising to staggering 75,000 credits if you are betting maximum five coins per line.

Themed on an African safari, Mega Moolah is home to various wild animals such as lion, elephant, buffalo, giraffe, zebra and antelope, whilst lion and monkey are used to trigger the game’s special features. High cards Ten, Jack, Queen, King and Ace complete the list of icons appearing on the game screen. The 2006 release is equipped with just one bonus round, but this one is quite impressive. Simply get three or more Monkey Scatters to occur in any position and you will be awarded 15 free spins with all wins tripled. At the same time, two, three, four and five Monkey Scatters multiply your total bet 2x, 3x, 20x and 100x.

It’s been a while since Mega Moolah has made its way to top mobile casinos thanks to Microgaming’s HTML5 platform, with each and every one of its amazing features also available on the move. The game looks and plays great on mobile and the best thing here is that you can now win one of the four progressive jackpots no matter where you are. Four progressive jackpots have made this video slot famous, having paid out more than $100,000,000 between them in the past. Mini, Minor, Major and Mega Progressive start at $10, $100, $10,00 and $1,000,000 respectively, and the jackpot game strikes entirely at random, although the more you bet the bigger your chance is of landing the top prize.

Casino gamers may not be impressed by the somewhat outdated graphics, but some mind-blowing payouts in the main game and free spins round are more than enough to compensate. However, it is the four progressive jackpots, one of which starts at $1 million, that are likely to keep you coming back for more, with Mega Moolah widely regarded as the game with the biggest potential for life.

Looking for more exciting casino games online? Microgaming has a rich portfolio of the best casino games so feel free to browse the game catalogue. Check out the latest online casino games from Microgaming and read expert reviews right here!

Chronicles of Olympus X UP

Premier Blackjack with Side Bets