The Champions is a slots by Pragmatic Play released in 2018. It features 5 reels and 25 paylines with a 96.51% RTP. This non-progressive slot game also features multipliers, scatter symbols, wilds, bonus games with a max bet of $125, suitable for high rollers. This game has a jackpot of 250,000 coins and is available to play on both desktop & mobile.

The Champions FROM Pragmatic Play

As the World Cup was ramping up and everyone was cheering their team onwards, Pragmatic Play decided to get in on the action, using the football craze to release a slot centred around the event. Pick your favourite team, and dive into a game with a 5×3 playing field, 25 fixed paylines and two special features – progressively increasing multipliers and a penalty shoot-out special feature. Do you have what it takes to lead your team to victory or will you come home with your heart heavy and your pockets empty?

When the title first boots, it asks you to pick your team. This will change the colour palette of several symbols, but it does not have any effect on the gameplay. The animations look alright, but they are not anything special. Symbols will zoom in and out, and some will occasionally spin around, but that is about as far as things go. The reels are set behind a goal. They are see-through, so you can see the net and the massive stadium which lies beyond. It also works quite well thematically with one of the bonuses. It uses the standard Pragmatic Play user interface, so if you played one of their slots before, you will find your way around quite easily. It also has an upbeat soundtrack, and some really good sound design.

The Champions is played on a standard 5×3 playing field that grants pays for collecting three or more identical symbols from left to right, following one of the twenty-five fixed paylines. The game has two special features – one is a point-and-click bonus where you shoot penalties for a cash prize. The other has you selecting a position on the reels, and trying to land a specific symbol in the highlighted space to increase their multiplier.

WHERE TO PLAY The Champions 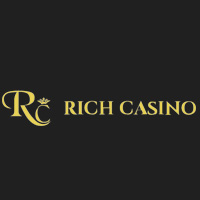 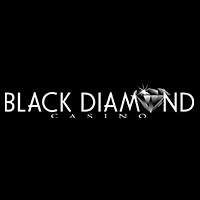 You can wager between $0.25 up to $125 per spin, which is an amazing bet spread for both casual players and high rollers alike. The title has medium volatility, so you should expect both smaller, frequent pays, and large, but rare jackpots to appear while you are playing. The maximum win for The Champions is worth 250,000 coins. The RTP for this Pragmatic Play release is 96.51% and that is above average compared to other slots released by the same developer.

Symbols include letters Q, K and A, a whistle, a pair of goalkeeper gloves, running shoes, a vest, and a football. The World Cup is Wild and can substitute for all icons except for Scatters. A country flag is Scatter and is used to activate the Penalty Shots bonus.
Collect three Scatters on the second, third and fourth reel to trigger Penalty Shots. You select to kick the ball in the top left, top right, bottom left or bottom right. If you land a goal, your cash prize goes up. One, two, three, four or all five goals reward 5x, 10x, 15x, 25x or 100x your total bet.

You can manually select cells on the playing field. When a football lands in this cell, it increases your multiplier for the next ten spins. If the football symbol lands in the selected cell again, it resets to ten more spins, and the multiplier increases yet again. The maximum multiplier you can get is worth 20x.

While the World Cup has come and gone, this Pragmatic Play release continues to be fun to play. The animations could be better, but we like the fact the developers went through the effort to re-skin certain symbols in all the country colours. The special features were really fun, and the jackpot is fantastic. If you love football, give it a go, you will not regret it.

PLAY THE The Champions FOR REAL MONEY

John Hunter and the Mayan Gods

John Hunter and the Book of Tut