Pay Day is a slots by WGS Technology released in 2006. It features 3 reels and 1 paylines with a 95% RTP. This non-progressive slot game also features multipliers, wilds, free spins with a max bet of $30, suitable for mid rollers. This game has a jackpot of 2,500 coins and is available to play on both desktop & mobile.

We take a trip down memory lane today with WGS and their 2006 release Pay Day. With online gambling still being a novelty at the time, the developers were hopping onto a train that was slowly gaining speed. At the time, it was popular and held interest. Eleven years later, and time has not been kind on this slot, as even a brief look over makes it clear that it simply lacks a lot of the special features and commodities that are available now. Still, if you want a trip down memory lane, or if you’re new to these types of games and want to get your feet wet before sinking your teeth into something with more substance, it is a good place to start.

Admittedly, even for back then, the theme was somewhat uninspired. A whole lot of golden coins with lot more raining down on a man that honestly looks like he could use some sleep. Pay Day fails to really lure people in which leaves the gameplay to pull the weight and attract players in.

To their credit, it was a fun game to play. This WGS release wasn’t shy about giving out small wins that usually keep you floating around the same figure you came in with – sometimes a little more, sometimes a little less. However, players who enjoy activating bonuses will be ultimately disappointed, as the only real special feature on offer is a Wild.

WHERE TO PLAY Pay Day 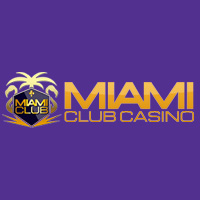 All bonuses at Miami Club Casino have a minimum play-through requirement associated with them. Referred to as the 'Wagering Requirement' this is the minimum that you will need to wager after receiving a bonus before you will be permitted to withdraw any winnings from the casino.

There’s no progressive jackpot hiding here. What you see is what you get in terms of payment. The slot’s logo acts as a Wild, and it offers the biggest win you can carry home, which is 2,500 coins for three of them at once, which can be quite difficult to accomplish.

That said, there are smaller wins which to us were rather constant. This helps keep gamblers afloat as they spend their cash. You can wager between $0.01 and $30, which isn’t a particularly wide field to work with, but it does allow Pay Day some flexibility. The lower end of the spectrum will probably work out better for amateur players as well, if you aren’t looking to spend too much on it.

Much like the rest of the game, the symbols aren’t anything unique either. Sevens, bars and the Pay Day logo are the only thing you can find lying around the playing field. Even back then, we had slots that actively sold their theme, even if they didn’t look that good, but it feels like the developers here didn’t even try to make an interesting case for themselves. Somewhat disappointing, but what can you do.

Beyond that, Wilds act as both the highest payday, and for applying multipliers to the whole affair. A Wilds doubles any win it is a part of, and two Wilds award 4x the winning combination. Finally, three Wilds grant you the jackpot of 2,500 coins.

This particular WGS release simply has not aged that well. Pay Day was a semi-popular game at the time, but with the industry just starting to grasp how much money could be made with a global market, it was not there at the forefront of slots revolutionising and transforming before our very eyes. It lacks special features and a generally interesting theme to compete with most of the releases that are offered nowadays. It serves as a great point to get your feet wet if you are just starting, as it has nothing to overwhelm you with – but for everyone else, we suggest something more advanced.