Monopoly Big Baller is a live dealer game by Evolution released in 2022. The game features an RTP of 96.11% and a max bet of $1000, making it suitable for casual players and high rollers. This game is available to play on desktop and mobile devices.

Monopoly Big Baller live is a live bingo game from Evolution. Set to release in the summer months of 2022, Big Baller is the sequel to the legendary Monopoly Live from Evolution. If you know and love the first game, you will definitely be a fan of this one too – Big Baller has bigger and better payouts and bonuses than any Monopoly live game before.

Our team has not had yet the pleasure of reviewing the game in full as it is still very much in development. However, we heard that it would feature a live bingo ball draw, up to four tickets, $0.10-$1,000 bets, and ‘insane prizes’. Read our Evolution Monopoly Big Baller review below for more information, including how to play Monopoly Big Baller for real money online.

Do you know how to play bingo? If the answer’s yes, you won’t have a problem grasping the essentials of Monopoly Big Baller bingo. In theory, the game is a live bingo game like Mega Ball. Each round consists of a ball draw, and the entire process is hosted by a professional game host who’s there to announce numbers and winners.

Now, before you get to the actual ball draw and number calling, you first must purchase tickets. As a bingo game happening in real-time, Big Baller live entails a purchase of up to 4 pre-filled tickets. You choose how many you want and at what price you are getting them. Once you purchase the tickets during the purchase time window, it’s time to participate in the draw.

We don’t think there’s anything you can do during the draw. Instead, the host will announce the numbers and your only task is to keep track of the numbers that are drawn during the round. Of course, you will be able to purchase extra ball draws, which might come in handy if you need only one or two numbers to complete a line (or the entire ticket).

The game is set inside a beautiful studio, with the main vessel being a huge 1920’s boat with appropriate design and decorations. Players who enter the game can also enter Monopoly live, as the games are connected, thanks to ingenious experts working at Evolution.

The exact release date remains unknown, but stay tuned as we’ll update our Monopoly Big Baller review as soon as we learn more.

WHERE TO PLAY Monopoly Big Baller

Minimum deposit is $10, deposits via Skrill or Neteller are excluded from this offer. You can place a maximum bonus bet of $5 per spin when you have the bonus active. New customers only. Game weighting and full terms and conditions apply. 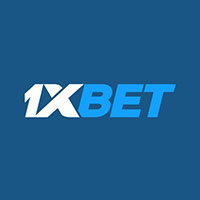 At 1xBet Casino, each deposit counts. Make the minimum deposit of $10 followed by 4 more deposits of $15 to get up to $1,500 in welcome bonuses plus 150 Free Spins on multiple slots. Featured eligible slots: Book of Gold: Classic, Legend of Cleopatra, Solar Queen, Imperial Fruits. 35x wagering.

New players only • $88 is granted in FreePlay (FP) • FP must be claimed within 48 hrs of receiving the email and expires after 14 days • FP wins are credited as bonus and capped at $15, exc. JP win • Bonus wins are capped at $500 • To withdraw bonus & related wins, wager 30x (bonus amount) within 90 days • Wagering req. vary by game • This offer may not be combined with any other offer • Deposit balance is available for withdrawal at any time • General withdrawal restrictions & full T&Cs apply.

At the moment, there is almost nothing we can tell you about the game, except that Evolution announced its plans to include a variety of perks to the ball draw. For instance, the cards will feature extra free spaces, or extra multipliers, which will apply to your tickets once you start completing lines or hit certain numbers. For now, we are solely in the realm of speculation, so sit tight and stay patient – Monopoly Big Baller review info and details are coming!

Right now, the team of experts at CasinosOnline has not had the chance to rate and review Evolution Monopoly Big Baller game as there are no definite information about the game. Stay tuned for more info – we’ll update our Big Baller review as soon as we get more info.

Looking for more exciting casino games online? Evolution has a rich portfolio of the best casino games so feel free to browse the game catalogue. Check out the latest online casino games from Evolution and read expert reviews right here!