Moby Dick is a slots by Games Global released in 2017. It features 5 reels and 25 paylines with a 96.15% RTP. This non-progressive slot game also features multipliers, scatter symbols, wilds, bonus games, free spins with a max bet of $125, suitable for high rollers. This game has a jackpot of 125.000 coins and is available to play on both desktop & mobile.

The legendary tale of Captain Ahab hunting the massive, white whale has stuck to us through the ages. Learned in schools as one of the highlights of literature, it tells an oddly human story intermixed with what would make a great adventure novel, giving it a unique perspective to a lot of people. But just as much, it isn’t that popular as a theme right away beyond being initially recognizable, so this being the choice for a new game by Rabcat and Microgaming surprised us, to say the least. Much like Mayana, which we reviewed previously, it uses win freezes and re-spins to expand your winnings, and goes with a more traditional free spins bonus and a fixed number of paylines rather than activating them as time goes on. But while it visually beats the Quickspin release easily, they’re contested on the value and enjoyment front.

While we can often moan and complain about how several slots that came out in 2017 look like they wouldn’t be amiss in a children’s cartoon, that was never meant to target games for gunning with a interested, but visibly animated look.

This is precisely the sort of thing we’d like to see more often – the rocking waves, the Captain aboard his ship with a harpoon, and the whale occasionally making an appearance off in the distance, or by smashing the Captain’s ship and swallowing him alive when free spins are triggered. It looks good without looking like it’s meant for a 5 year old, and we’d very much so like to see some more of this visual style from Microgaming from here on out. Just as much, however, we’d like to see the gameplay front improve somewhat. This title is fun to play, there’s no denying it. There’s a thrill in the reels slowly filling up, as it all chains together and expands across the reels. But while the fun is there, the value simply isn’t. Because of this design, simpler symbols can often bring five of a kind wins and just be disappointing instead of exciting.

Furthermore, as we already mentioned, Mayana has it a bit beat on the entertainment front, though it might depend on what you like. The slow unlocks in the other game, watching the reel open up and the multipliers light up was far more enjoyable, and in comparison, Moby Dick feels a little bit uninspired. On the other hand, the gamble special feature, alongside the free spins, makes Microgaming’s release a lot more stable to play, and less prone to outbursts of sudden wins or horrid losses.

WHERE TO PLAY Moby Dick 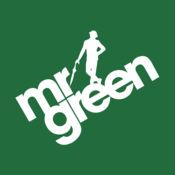 Minimum deposit is $10, deposits via Skrill or Neteller are excluded from this offer. You can place a maximum bonus bet of $5 per spin when you have the bonus active. New customers only. Game weighting and full terms and conditions apply.

Still, there’s no denying that the value of Moby Dick could use some real work. This has been somewhat of a consistent theme with the developer, and while a few of their slots during 2017 avoided it, the concept of high variance gameplay for low variance rewards seemed to ring through a lot of their games, and it does little to persuade gamblers to keep coming back.

The climb for any sizeable score in this title can often feel like it’s not worth it. While Mayana may not be any better, by the virtue of each re-spin counting as a win instead of just awarding the score at the end when it’s all unlocked means that it feels a lot better for your wallet, even if it really isn’t at the end. Microgaming has made some pretty visuals, but they need to make good value for your betting, or to make it look like you’re getting good value, even if it’s rigged against you.

The symbols, however, leave a lot to be desired, even if the overall look of Microgaming’s release is amazing. The inclusion of 10, J, K, Q and A were a decent enough attempt, by making them look like different value of coins, made out of wood or various rare metals, but they could have included some other ship related items without much of an issue. As it is right now, these icons are in a sharp contrast to Captain Ahab, the whale, the Captain’s wheel, the tea cup and the anchor.

Considering these unique symbols aren’t even split that much by value from these poker card counterparts, it’s just laziness on the part of the developers. The special features are simple, but interesting. The free spins bonus occurs when you have at least four Scatters present and it gives more turns depending on the amount of Scatters that trigger it. However, if you get three, and are missing just one, you can lock them in and hope you get one more to complete enough for a free spins bonus. That, and the fact you add additional free spins while they’re active, makes it a fun bonus.

When it’s all wrapped up, it’s a visual masterpiece that needs just a little bit more gameplay. At the moment, Moby Dick feels like it needs its values boosted up somewhere, because five of a kind wins feeling unrewarding is something every slot needs to avoid like the plague. We’ve seen this mechanic executed very well in Mayana by Quickspin, and we feel Microgaming could learn a bit more from this title before trying their hands at a Moby Dick sequel.

Chronicles of Olympus X UP

Premier Blackjack with Side Bets