Victoria to ban gambling ads near schools, on public transport 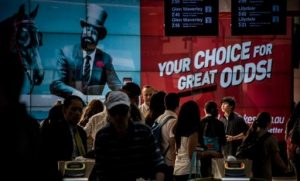 Victorian Government is proposing a new plan that is touted to put a ban on gambling advertising on trains, trams, buses, taxis and train stations.

Bookmakers would also be prevented from promoting betting near schools as these areas have been identified as the first locations for a crackdown on gambling promotion and its exposure over children and adolescents.

Southern Cross and Flinders Street stations in Melbourne have particularly been identified as hotbed for gambling advertising, often causing angst among commuters.

The State Government has already begun public consultation and is calling for submissions on proposed restrictions on gambling advertisements.

Consultation will last a month, while the legislation is likely to be introduced to Parliament next year.

Gaming Minister Marlene Kairouz claims that the plan’s main objective is to protect children and youngsters, who have been heavily exposed to gambling advertisements.

“This is supported by community concerns about the impact of gambling advertising, in particular because it normalises gambling amongst our most vulnerable, including children.”, she said.

Victorian academics and reformers have argued for several years now that the growth in betting advertising, especially for sports like football, are having a damaging impact on children.

However, the proposed reforms do not propose bans on advertising at sports arenas or affect TV and radio advertising.

What is more, Marlene Kairouz has so far failed to provide any details on possible areas the bans may be introduced or how far away from schools and identified targets the ads would need to be placed.

In the meantime, for all of you who are looking for some good online places to play casino games, check out THIS LIST of best Australia's safe and licensed online casinos.