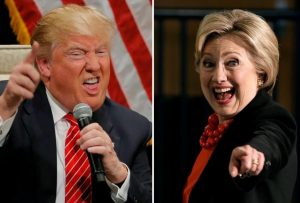 As the arguably most passionate election campaign in the United States is drawing to a close, every single aspect of the race between Donald Trump and Hillary Clinton is drawing plenty of attention and the betting world is not excluded.

The last couple of weeks have brought plenty of waves with revelations about Clinton’s email usage opening another FBI investigation, which saw Trump’s stock surge somewhat surprisingly, but seeing that Clinton was yet again cleared of all charges today is making the closing stages of the race a tight finish between the two candidates.

The race to the White House is likely to go down the wire and has thus caused plenty of attention among those who are willing to invest some money to bet on the final outcome.

And just a day before the voters hit the polls, Reuters reports that 2016 U.S. presidential election is likely to become the most wagered-upon political event ever.

The increasing number of bettors worldwide are pouring millions into online platform in hope of capitalising on the raucous race.

UK-based operator Betfair said on Sunday that the “Next President” market was set to become the most traded it had ever seen and was expected to surpass Brexit’s popularity among the bettors.

Roughly $130 million had been wagered on who will become the nest U.S. president by Sunday, whereas UK referendum to leave the European Union gathered the total of $159 million.

Betfair’s partner Paddy Power from Ireland claims that the U.S. presidential election “is definitely on course to become the biggest political event” with users of the popular betting site already wagering $4.38 million on the race.

Ladbrokes has registered bets in excess of little over $6 million, which according to Ladbrokes spokeperson was at least double the amount wagered on the event in 2012.

The two candidates are rushing to close their campaign in style on Monday with Donald Trump scheduled to hold five speaking rallies in Florida, North Carolina, Pennsylvania, New Hampshire and finally Michigan.

Hillary Clinton is also packing a tight schedule for the last day with four rallies on her itinerary: two rallies in Pennsylvania, Michigan and North Carolina.