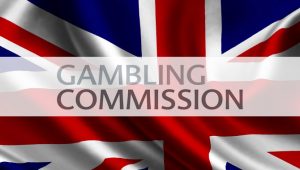 UK experts worried about impact of gambling on country residents.

A group of prominent UK experts have raised their voice over the gambling problems of the entire British nation.

The statistics gives the full extent of it: during the last year, each Briton lost around $390, while the combined loss of all players in the United Kingdom was $16.2 billion.

The Case of Joey Barton

On top of that, the Football Association banned Joey Barton from playing professional football, after it was discovered he had placed bets on his own matches.

Former Manchester City, Newcastle United and Queens Park Rangers player will serve an 18-month ban. He did admit the charges, but the FA wasn't lenient on him, since the whole affair revealed that these bets were made for more than a decade.

Barton also added that certain measures had to be taken to restrain the recent rise in sports betting.

Criticism of the Industry

Many think the government should deal with this issue, but there is also a lot of criticism addressed to the gambling industry, because of its unwillingness to allow the full scrutiny of the British gambling market.

Some, like University of Glasgow professor Gerda Reith, believes the technological advance is sometimes hard to catch up with, but he doesn't put much blame on this factor.

Reith added there was a bigger problem at hand, since everyone seemed to be closing their eyes and not recognizing that such problem even existed.

Influence of the Industry

The results of a study, recently conducted by Bristol University, showed that a quarter of 1,000 men, aged 18-24, had problem with gambling. Dr Sean Cowlishaw, who conducted this study, said the research about the harmfulness of gambling was considerably influenced by the industry. He stated that by doing so, the industry maintained full control over the sensitive topics.

Cowlishaw added the only way to get impartial data was to reduce the influence the industry had on the gambling-related research. The Gamble Aware charity was the perfect example of its involvement in the affair, since the funding was provided entirely by the gambling industry.

His opinion is quite clear: the influence of the industry can and will interfere with the implementation of an efficient policy aimed at dealing with problem gambling. The institutions whose objective is to deal with problem gambling have to be independent in their work, and without any sort of pressure.