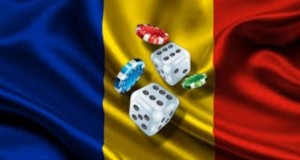 iSoftBet has been granted a production and distribution of gaming software licence, which will enable the company to offer a variety of their games to Romanian online market, while operators in the jurisdiction will also be able to use the company’s third-party content through a single and seamless integration.

iSoftBet will initially offer its portfolio of games via Netbet.ro with a narrow selection of 50 top games that will be at offer for the Romanian customers.

Company’s managing director Nir Elbaz stated that expanding the number of regulated markets at the operation level has been a significant part of iSoftBet’s growth plan.

As for the Play’N Go, this company has acquired a class two licence and will be allowed to supply its content to all online platforms for gaming operators in Romania’s recently regulated market.

Play’N Go now hosts over 80 games on sites of more than 100 operators, in 32 languages and company’s CEO Johan Tornqvist explains that this move was a landmark day for the firm.

“We are delighted to have been awarded a gaming licence for Romania, a growing market that we have had our eyes on for some time”, he said according to SCB News.

iSoftBet and Play’N GO will now join NYX Gaming Group which has already obtained a class two licence in Romania earlier this month.