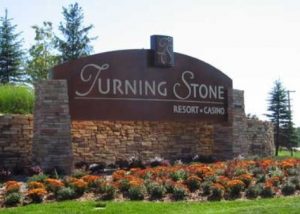 The Onieda Nation announced their plans to initiate the remodelling project of the Turning Stone Resort Casino which was subsequently described as “one of the most extensive upgrade projects in resort’s 23-year history”.

Turning Stone is expected to get a brand new gaming floor, six new restaurants and new guest rooms in the Tower hotel which will see the Oneida Nation invest $20 million to complete the rebuilding project.

Main focus has been placed on modernizing the features of the premises that will make sure Resort have improved air quality.

Both smoke-free and smoke-friendly facilities have been announced as owners plan to improve the existing and implement the state-of-the-art air filtration systems in six new restaurants.

In addition to new restaurants, the Resort is expected to host an all new Food Hall expected to open in late December which will make sure Turning Stone remained one of the leading tourist destinations in the region.

“We are deeply committed to world-class service and being responsive to our guests and then matching that commitment with guest-driven investments. This new project reflects that legacy and it shows our dedication to offering superior amenities and consistently evolving and elevating the guest experience at Turning Stone,” Ray Halbritter, Oneida Nation Representative and Nation Enterprises CEO, contended in the news release.

Brand new gaming floor Casino Blu will have its big opening as early as mid-November, but it is not expected to be fully completed until the beginning of 2017. The casino floor will feature a variety of slot machines and brand new table games, in addition to a new cocktail lounge which will house six bar top video poker games.

New rooms will be added to the Tower hotel as well, while all 285 accommodations will be remodelled and completed by summer of 2018.