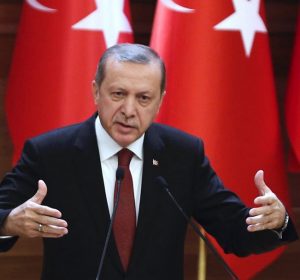 Turkey’s President Recep Tayip Erdogan is so unhappy with the fact too many Turkish citizens are crossing the border to gamble in Georgia that he asked the neighbouring country’s officials to close its casino operations.

Turkey banned casinos in 1998 and non-state online gambling in 2006 with the country having a highly regulated market, which has come under a threat with the increasing number of Turkish citizens searching alternate methods to fulfill their gambling needs.

And with his fellow residents crossing the border to gamble in the Adjara region, lying just across Turkey’s northeast border, Erdogan has expressed his wish that Georgia should close casinos.

According to reports from Georgian media, Erdogan has expressed his wish earlier this month after a meeting with Georgia’s former Prime Minister Bidzina Ivanishvili.

Turkish president urged Ivanishvili to use his influence to help close casinos in the city of Batumi, which is a major tourist hub located on the Black Sea coast.

Georgia is unlikely to want to see such an important source of revenue close and Erdogan’s calls and requests are sure to fall on deaf ears.

Contrary to Erdogan’s proposal and call for Georgia to close their casinos in the aforementioned region, Ivanishvili suggested an amendment to Georgian legislation which would ban minors from entering a casino and furthermore put restrictions for local residents.