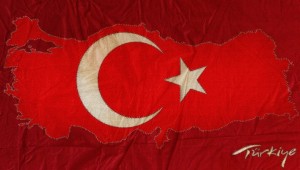 Turkey will announce lottery licenses bid on Friday with 10-year licences available for bidding that will be decided upon in August, Reuters has reported.

The tender will be formally advertised on Friday 6 May which will mark the beginning of the privatisation process of Turkey’s national lottery that is expected to conclude on 5 August.

Finance Minister Naci Agbal revealed that the licenses from the National Lottery Directorate will last for 10 years and expects the upcoming process to be a success, unlike past attempts that have so far been unsuccessful.

Naci Agbal stressed that retaining principles of trust and transparency throughout the process of privatisation is critical to the entire endeavour.

The government has eased some of the terms in the privatisation as the winning bidder will be offered the option to make a 20$ down payment instead of 40% which were required in the previous auction. What is more, the operational rights and a 10-year license is available for purchase in dollars or lira.

The Council of State, the country’s top administrative court, ruled that the sale of the national Lottery is not considered a concession agreement and would therefore be a subject to commercial law.

One of the main bidders who failed to make a purchase during the previous privatisation round is Net Holdins AS, a Turkish operator of hotels and casinos, whose previous bid was derailed by the depreciation of lira.

Net Holding AS is expected to submit a fresh bid and the company will make a detailed statement on its plans to participate in this year’s auction.