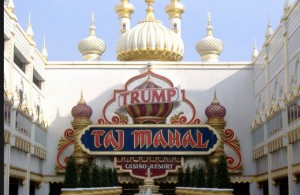 Trump Taj Mahal casino will retain its name “Trump” on the side of the building, but the casino now has a different owner.

A billionaire Carl Icahn has bought the casino and has vowed to begin the turnaround of the establishment, similar to the one his other Atlantic City Casino – Tropicana Casino – went through in 2014.

“The Taj is one of Atlantic City's signature properties,”

“Although both Atlantic City and the Taj have had a few tough years, today marks the beginning of the turnaround,” said Icahn.

Tropicana was in bankruptcy since September 2014, but Icahn has been keeping the casino alive and he even won a key court ruling upholding the company’s elimination of health insurance and pension benefits for unionized workers.

New owner of the Trump Taj Mahal casino is yet to reach an agreement with the casino’s union workers, but he has promised to withdraw financial support if the union succeeded in restoring worker benefits he considers unaffordable.

Bob McDevitt, president of Local 54 of the Unite-Here casino workers union, has expressed belief and hope that relations with the casino’s new owner could improve now that the Trump Entertainment Resorts are exited from Chapter 11 protection and became a wholly owned subsidiary of Icahn Enterprises LP.

The takeover has also removed the last remaining 10% ownership stake of the Republican presidential candidate Donald Trump in the casino company, despite the fact that Taj Mahal will continue to bear his name.

Trump hadn’t owned the casino since 2009, but he had that 10% stake in return for the use of his name.