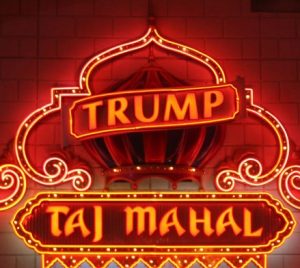 Unite-HERE Local 54 workers union launched a strike at the Broadwalk property on 1 July, after losing their health care and pension benefits, which went on to become the longest casino walkout in Atlantic City history.

Almost 3,000 cooks, bartenders, cocktail servers, housekeepers, and other service workers will unfortunately lose their jobs in September after the Trump Taj Mahal owner Carl Icahn decided to throw in the towel with the resort heading toward permanent close after 26 years in business.

Trump Taj Mahal will officially cease its operations following the Labour Day holiday weekend in September which will be the fifth casino shutter in Atlantic City since 2014.

The total of 2,848 employees will be affected by casino’s closure with layoffs going into effect on 10 October.

The ongoing strike has seen the casino losing millions of dollars a month and the casino board saw no path to profitability for the resort which was opened in 1990 by the Republican presidential nominee Donald Trump.

Although Trump hasn’t had any financial and business interest and connections with the Taj Mahal for seven years according to Associated Press, his long-time friend Carl Icahn decide to take a loss on the closure after losing almost $100 million trying to save the resort.

Atlantic City has been done damage by neighbouring casino competition in recent years with only seven casinos remaining in the seaside resort town starting from next month.

Only four of those will remain active on the Boardwalk.