The New Casino Site is Set for New York State 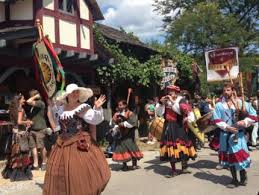 The new casino site in New York State is the home site of the Renaissance Festival every year. It is a site that has sprawling acres to work with but more than many people are mad about the new location that they chose. What is going to happen to the festival and is it even going to be held anymore? This is one of those places where being able to do one thing over another should be taken into consideration and a vote should be made from those that are concerned about the new site.

The city that is right by the site is an old time one. It has that old, smaller town feeling but it provides everything that you might need when it comes to staying in the area – which is ideal for any guests of the casino area. Gov. Cuomo is also hoping to add a hotel with 1,000 rooms for those guests to stay in. This is something worth checking out, but it needs a lot of room in order to get the plans up and running – for those that might want to stay within it during the time that they are visiting the casino.

Why a New Casino All of a Sudden?

This is just one of the casinos, the many casinos that might actually provide the state with an increase and get it out of debt. Before, when the casino ideas were being thrown around – many people were not sure whether or not New York would be the one to step up to the plate and say that they are good to go – but things were on the back burner and the casinos were not in the future for the state.

Until now. The casino has been worked on for some time and now the governor is feeling happy about the outcome and the placement – he is hoping this is going to make a difference throughout the state – but hey, you’re a little late in the game. Can it actually help the company, or perhaps hurt it?

Atlantic City, which has been the star for many casinos is now starting to die down, so what is going to happen to this New York one once it is up and running. Will this be a good or bad thing for the state?