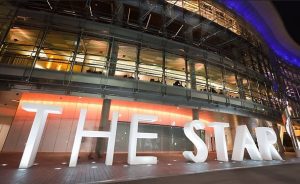 Less than a third of the actual number of assaults which occurred at Sydney’s Star Casino between March and August this year were reported to police as the casino is being accused of hiding the full extent of violence at the venue.

The Liquor and Gaming NSW inspectors analysed the daily incident reports and noticed that many violent incidents had been filed as “behaviour” or “forced removals” rather than assaults which the computer system did not include in the statistics.

The Officials therefore formally asked the casino to submit the corresponding security reports or surveillance footage which ultimately revealed that the total of 111 violent incidents were registered in six months, while the police were not called to 75 of them.

This could have serious ramifications for the casino’s Sydney operation licence as 75% of violent incidents were also unreported in a monthly review to casino executives that is then passed onto the State Government.

The review recommends the casino might have its licence changed to include a “crime scene preservation condition” and that it would also include penalties for inconsistent reports to the police.

Star Casino has been given just 14 days to explain what steps were taken to combat violence in a letter asking the casino officials to account for the “troubling discrepancies” between official crime statistics and incidents reports.