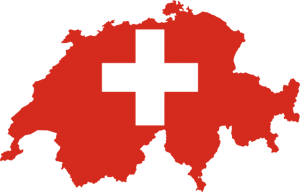 The year 2016 is behind us, with gambling industry across the world summarizing the results and evaluating the financial aspects of their operations.

During the twelve months of last year, 21 Swiss casinos managed to generate a CHF689 million turnout, which is 1.2% more than in 2015.

At Last Some Good News

The good news is the continuous fall we've seen in last couple of years has come to an end, but the situation on the market is still tumultuous.

Brick and mortar casinos are still losing their clients to online casinos, but also to foreign casinos located near the Swiss border, and even to illegal slot halls across the country.

When it comes to Gross Gaming Revenue (GGR), only 12 casinos recorded an increase, though not a significant one, while 9 of them finished the year with a reduction, compared to 2015. Since 2007, when Swiss casinos had their best turnout, the sales have dropped by more than 30%.

The last year's results were lower than in 2004 – the first year after the casinos were opened. Since then, all the gambling venues in Switzerland paid a total of CHF5.7 billion in taxes and levies.

Marc Friedrich, the Managing Director of the Swiss Casino Association said online casinos were a serious competition for brick and mortar venues, despite the fact they were illegal in Switzerland.

The same goes for sports betting, but in both cases, the lack of strict rules and little or no prosecution is simply encouraging the practice.

Due to the easy accessibility of online casinos via Internet, they are becoming more and more popular among the Swiss, and it's estimated than CHF250 million is spent online each year. But that's just the tip of the iceberg.

Around CHF150 million per year is spent in illegal slot clubs, while additional CHF100 million goes to foreign venues, located  on the German, Austrian, Italian and French side of the border. In total, that's half a billion francs the domestic gambling industry loses on a yearly basis.