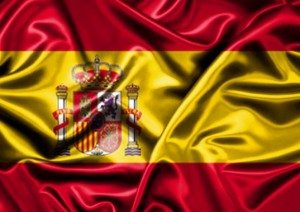 Spanish online operators have had a good year in 2015.

Gross gaming revenue has exceeded €300 million with sports betting leading the way. Sports betting alone has seen the revenue increase of 40% compared to the previous year.

Given the strength of Spanish La Liga and the success of Spanish teams both domestically and in European competitions, the increases interest in sports betting can hardly be taken as surprising.

Out of the €300 million of the total revenue, €180 million came from sports betting niche.

On the other hand, it is worth mentioning that poker revenue fell to less than €60 million, while bingo revenue also reported a loos falling to less than €8 million.

Reason behind such a slump in these numbers is the Spain’s decision to segregate the market and the country will need to step up its efforts to allow liquidity on poker sites, similarly to models that are successfully applied in US and France, where players can use the same poker rooms to play their favourite games.

French lawmakers have even proposed a bill that would allow French online poker rooms to share liquidity with other ring-fenced EU sites with Italy and Portugal expected to be included.