Source Code Battle About to Start In Nevada 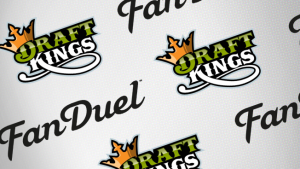 Nevada gambling scene is on the verge of a major legal battle to keep the content of their software a secret. DraftKings, Bwin and 888 Holdings are among seven companies involved in this legal affair.

Almost All of Them Said No

It all started last month, when CG Technology Development LLC and Interactive Games Ltd filed a bid to make some of the Nevada gambling leaders display the source code of their respective software platforms.

Other names mentioned in the motion include Big Fish Games, DoubleDown Interactive and Zynga and all off them issued a statement saying they wouldn’t reveal their codes, while one of the biggest DraftKings competitors on the fantasy sports market, FanDuel, agreed to make its code available.

Yet Another Attempt to Show the Code

The plaintiffs claim the case is being brought in a court of law as a part of a patent suit. The companies which rejected the plaintiffs’ request said they have already agreed to show their codes in accordance with Law360, but emphasized the fact that last December the court ruled against such a move in order to protect the integrity of the code.

The only change from the request made last year is regarding the location where the defendants are going to reveal the code, if the motion goes through. All the companies mentioned in the motion are convinced the court would act according to its previous decision and that no involved party would have to show any sensitive information.

And while the plaintiffs say the motion is aimed at reducing the costs related to source code review and disputes, the defendants point out the fact they will have to establish new review facilities in Nevada and completely relocate the entire process to Sin City.

As mentioned, only FanDuel agreed to reveal its code, but we must mention that the company was a part of a separate court case, which ended in January.

It will be interesting to see what will the court decide on this matter and when will the decision be made. The final saying could definitely influence not only the parties involved, but the entire gambling scene in the Silver State.