Slots in Massachusetts will tell you when to stop gambling 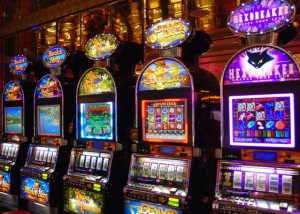 Newly-developed technology named “Play My Way” will help gamblers limit their budget on daily, weekly and even monthly basis.

Any player who uses a casino reward in a Massachusetts slot machine will be granted access to the technology that will allow you to track and limit your betting via an onscreen display, according to CBS News.

The “Play My Way” technology was funded from Massachusetts’ annual tax assessment on casino operators and it involved costs of $200,000.

Testing the new technology will commence at the end of May and Stephen Crosby of the Massachusetts Gaming Commission believes that this project will be successful.

This has never been done in the United States before, and it’s never been done in any jurisdiction of the world where it’s been successful. So we’ve had to do this from top to bottom. That means everything from software design to marketing materials.”, he said.

On the other side, the American Gaming Association has been critical of the technology, citing the unsuccessful implementation of similar systems elsewhere.

The slots technology has never been used in the United States before, but Nova Scotia implemented the system for nine year before it eventually opted to scrap the technology.

However, the betting limits in Nova Scotia have been rigged, while “Play My Way” is voluntary with flexible betting limits. The players will be motified when they reach 50% and 75% of teheir limit and they will not be cut off from betting, but instead asked with an onscreen prompt if they want to stop gambling or keep going.

Advocates of the technology also describe the system as sheer reminder aiming to help problem gamblers decide when to stop.